I already love it here. I don't want to return. (Personal entry) 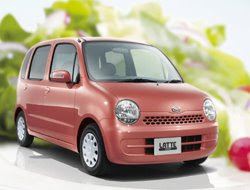 Even though some of the few downfalls are a poor exchange rate from the Dollar, everything generally being more expensive, a language barrier, and other unfamiliar routines, these are all temporary. I will adapt in reasonable due time.

I arrived in Japan on the 25th. During my tours around ふくおか, (The Romaji sounds too similar to a cuss word, and its 3-letter IATA airport code would be {one of the} worst profanities in the English language if the C was present.) many places looked so opulent, rustic, elegant, and simply beautiful. I am nowhere near an architecture major but the buildings themselves were the best eye candy I have ever seen.

Moreover, the majority of where I have been in Japan so far is simply overloaded with "kawaii-ness." Even a lot of vehicles themselves look kawaii as well. The numerous "Kei Cars" that I have seen look like they are driven by children.

Although you have to be 18 to drive here (unless you're younger and are lucky enough to have an international license, maybe,) these kei cars show us that many Japanese stubbornly refuse to let go of their inner child left in them. (I refuse to abandon my inner child as well. Some of you may have noticed, others haven't.)

If the American minimum driving age was 10 and the Japanese decided to export their Kei Cars to the US, these would be a resounding hit! I promise you, these Kei Cars look like they are immensely popular with children in an alternate universe! Alas, here only adults drive them of course.

Alleys and other back streets are notoriously narrow, so narrow in fact, if such streets were found often in America, the DOT would put up signs saying only motorcycles, motor scooters, bicycles, and pedestrians are allowed. Cars and even vans and pickups navigate these treacherous streets nevertheless. They are most ideal for kei cars and smaller, however.

Adults do and/or have many things that would be normal for only children to have in the US. We would ridicule, make fun of, pick on, etc. these teens & adults if they took these habits to the US. (Maybe; if they're Japanese in the US, we would just assume those are Japanese habits, because they are. But we would more likely ridicule Americans who have these habits.) Again, the Japanese are fonder of holding on to their inner child, and I really like this quality.

I should have visited Japan earlier in life, like when I was 9-10. Why did Dad have to be transferred to Pennsylvania instead of one of the several US Military bases in Japan? If we had moved to Japan instead, I would have loved my childhood so much more thoroughly. Japan surely is far more child-friendly than America. Going here at the horrendously old age of 20-something makes me regret not coming here earlier. Childhoods spent in Japan are/have been/will be quite a bit more perfect than those spent in the USA.

It is not just the abundant kawaiiness, but what is more available to children in Japan than in America. You see, children as young as 6-7 have their own cellphones here! No, not those simple 5-button ones like the Firefly or LG Migo, but "keitai" with a full button set. They are so privileged because they get to enjoy cutting-edge technology at an earlier age. Most American children have to wait until about middle school to get theirs. (I was more underprivileged; I only got my first cellphone at 18.)

Somehow, these children who are "more spoiled" (in American pejorative parlance) somehow have a genetic predisposition to act more polite, obedient, and friendlier no matter how "spoiled" they may seem. Somehow, if an American kid was given the same amount of privileges, toys, anything concrete or abstract as Japanese kids, their behavior and disposition will soon get bratty.

Their textbooks (kyōkashō) themselves are also kawaii because most of the people shown in them are anime characters. (At least the elementary and maybe a few jr. high textbooks.) Our textbooks never looked exciting enough when we were in elementary school.
Posted by ENG at 8:26:00 PM